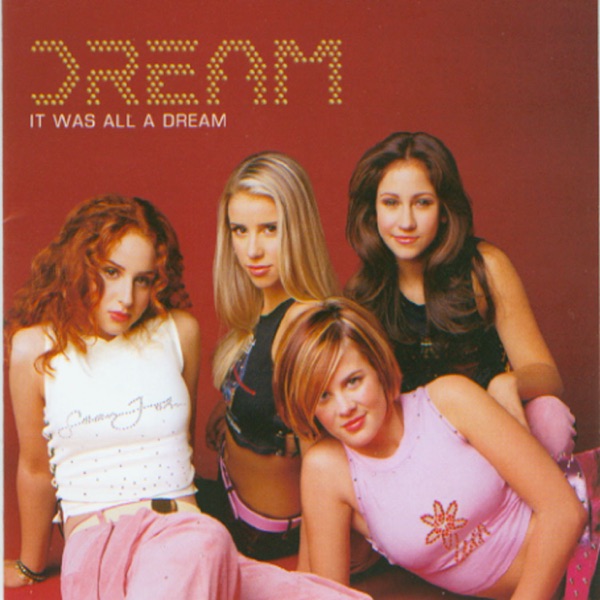 It Was All a Dream Tracklist:

It Was All a Dream (Intro)

He Loves You Not

When I Get There

What We Gonna Do About Us

Do You Wanna Dance

He Loves You Not (Remix)

The Dream Was Pleasant While It Lasted! But Like Danity Kane, and Da Band Puff Daddy Diddy Dirty Money Pulled The Plug! It Was Easy To Hate Puffy For that, But I Guess He Figures Hey You hated Me For The Sampling of The Police And Led Zepplin So I'm Use to It! ANYWAY I Recommend Dream So Wake up and Smell The Pop Music!

I remember when Dream came out with "He Loves You Not!" It was a HUGE success! The entire album is great! I wish they would have made more music because they were GREAT!

All I have to say is that this is the "dreamiest" girl group on the planet. They are just as beutiful as their music. Aren't they Cute?

I remember dancing in my room as a kid to these songs. Awesome!

i recently bought this from a thrift store and this cd is AWESOME! too bad they weren't around long enough to become BIG!

I have a picture of me with one of the singers from this group, I believe I was 5 or 6 years old. I was at the bumper cars at the clay county fair at the same time as them, so my mom took a picture of one of them with me. I may have to listen to them just to see who I met all those years ago.

This album sold over 2,000,000 worldwide and was certified platinum in the United States. This achievement was WELL deserved because this album could still compete with today's music. It has amazing ballads and some of the most addictive pop songs I've ever heard. This girl group could have gone so far but were never given a chance when their second album was shelved (eventually released in 2008). Bad Boy has been known to build stars to only break them down and leave them broke in the end.

I had this cd when I was younger but now I don't know what happen to it. Anyway they were good back on the day but now where are they. No new music nothing to say what are they doing. Oh well music does that.

Grew up on them! Saw them in concert when I was 7 and loved it! I miss this group!

I can't believe this is on here!! I remember this group when I was little! absolutely one on my favorites! :D

They sound pretty good to me, I simply love He Loves You Not!

:') I was little when it came out and I had forgotten what the bands name was called and I finally found it I used to request them on the radio all the time and my dream came true when I met them in Houston tx :') I was the happiest little girl with their songs I miss them and I'm glad I found the album!!!

It was all a dream and it was over all too soon. 2000 was a year of perfect pop music and this group of teenage girls burst on the scene at the end of the year with the catchy hit 'He Loves You Not'. They weren't a talentless pop group at all, they all had strong voice which blended well together, a group that might have had more to offer as they grew up. They could have been the next Destiny's Child and if circumstances had been different they would have. It Was All Dream is full of songs that highlught all that was great about pop music and pop groups back in 2000. In My Dreams is a wistful urban pop song that should have been a single. Some other great songs include 'Pain', 'Angel Inside', 'Miss You' and the incredibly beautiful song that captures the dreams of young love, 'When I Get There'. The album is completed with the remix of 'He Loves U Not'.

I was raised on this dream album! I used to sing in front of my bathroom mirror to ALL of the songs on this cd. Best album ever!!

They were sooo great man.

I love this album so much I downloaded into my ps3..so I can listen to it anytime and I have the cd!!! It brings back memories and my favorite song is what about us!!! I love them..!!!

I remember moving to a new state when I was younger and having this CD with me all the way through. I remember my mom picking me up from school and me having my CD player in the backseat with this CD in the player. I listened to it all the time! As I listen to it now, I remember all that I went through. It's amazing how a CD you had in your childhood will do for you! <3

Very Good music! I used to listen to this when I was a little girl, & I STILL love it!

In My dreams is my favorite song by Dream

Listening to this album brings back a lot of my better childhood memories. My friend and I would sing this on her karaoke video game and come up with our own dance moves. I was in love with this group for a long time...it broke my heart when my CD case was stolen with this inside. Great music, and this album has such a good selection of relaxing, thoughtful, and spunky songs.

i remember when i was younger and this cd is all i ever listened to and after one cd they disappeared! I just uploaded the cd on my computer and i still remember all the words! I think its stupid how P diddy, "one of the greatest producers" took them away from everything. They're such a good group!

Love these girls. I remember listening to them in elementary school along with the backstreet boys and nsync. I love all there songs but a few that you have to get are: "When I Get There", "What We Gonna Do About Us", and my favorite "Pain". To me "Pain" sounds a lot like TLC.

I remember when I was little I got this cd for my birthday, and I was always singing thier songs and oh man I miss the old days!! Me and My friends even made up dances to the songs!

Wow..I remember having the hit clip to this when I was little. I would jam out to it! :P Good memories..

Omg!!! TheY bRiNg BaCk sOoOoOoOoO MaNy mEmoRiEs i wIsH THeY WErE sTiLL ArOuNd dIddY ShUdA nEvA TooK eM AwAy!!!

God i love their vocies!!

WOW THiS GROUP WAS BACK iN THEE DAy..HAHA TALENT SHOW FAMOUS LOL

I remember this song (He loves you not)! I LOVE this Genius thing!!!! It matches me with all the music I used to listen to. I love this song and I remember listening to it, I can't believe it was only released in 2005, it seems like it came out along time before that!

i remember this! i used to love it! i was like only 7 or something when this came out and now i'm 15. good memories

I don't want to make up a nickname

I totally laughed when genius reccomended this for me. I remember dancing around to this song (He loves you not) in my room when i was about 10 years old. But other than that, i'm not a huge fan of the other songs. I suppose anyone who's still really into '90's pop would like it, but i'm over it.

I remember when I broke my Dream CD I was devistated. I didn't think I'd ever be able to get it back. But finding it on iTunes made the world right again. The cd has such a great sound, that listening to the songs now seven years after they were made does feel like seven years at all it feels like yesterday. I would recommend this CD to anyone in a heartbeat. These songs hold some of the best memories I have.

OMG It took a while to get some Dream Music but Finally is here!! , So What r u waiting 4 to add All Dream MusicVideos?? I would like you add the Single and Video for This is me (Remix) with P. Diddy and Kane. Dream Rock!! I love Melissa :) lol

Ever since I was little I loved them. My two cousins and I would listen to them ALL the time. My favoite songs are He Loves U Not, Miss You, and I Don't Like Anyone. It brings back soooooo many memories and any teenage girl can relate to their songs. :]!!!

i couldnt find this anywhere. you guys are the bomb. and i love this cd.

CLASSIC ALBUM!! STILL LISTEN TO IT. EVERY SONG IS A SMASH!

not that i'm not a fan of danity kane, but whatever happened to dream. and how come itunes doesnt have one of their videos or the single that hit airwaves before the album, crazy featuring loon. come on itunes, i know you have more power than we do.

this cd brings back so many memories with my neighbors. when we were in like second grade we would pretend we were the singers it was great! but now were not that close but this def. brings back memories! haha i love it!

WOW! I had so many flashbacks of when I was about 7 when I listened to "He Loves You Not". I remember my dad having a stereo out and dream was playing on the radio while we were playing outside with our friends. Great job dream! Get back together and make another album!

They had another song called ''i must not chase the boys.'' Im pretty sure they made a single cd.

I remember being young and sitting and listening to my tape of dream over and over....a lot! All I remember is that my sisters and I would make up dances and everything to all these songs! Wow what a flashback! I absolutely love these girls and all the songs! Of course, "He Loves You Not" is my absolute FAVE but other potential hits I loved were "This is Me", "Mr. Telephone Man" and "Do You Wanna Dance". Thanks SOOO much iTunes for putting these girls on! I LOVE them!!! Great memories! 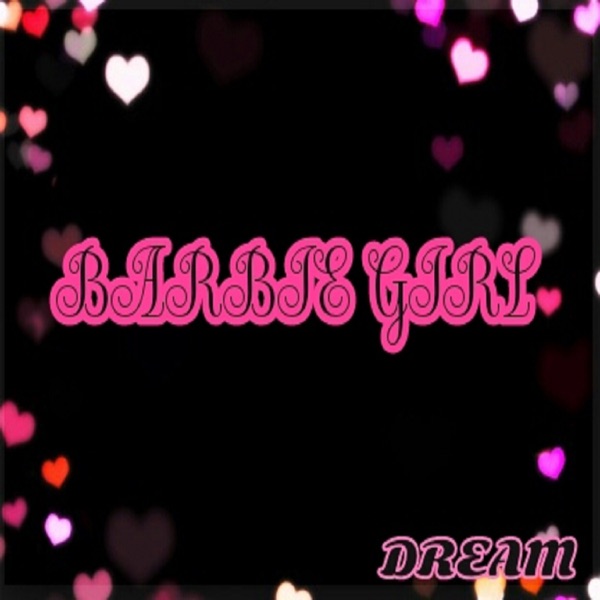 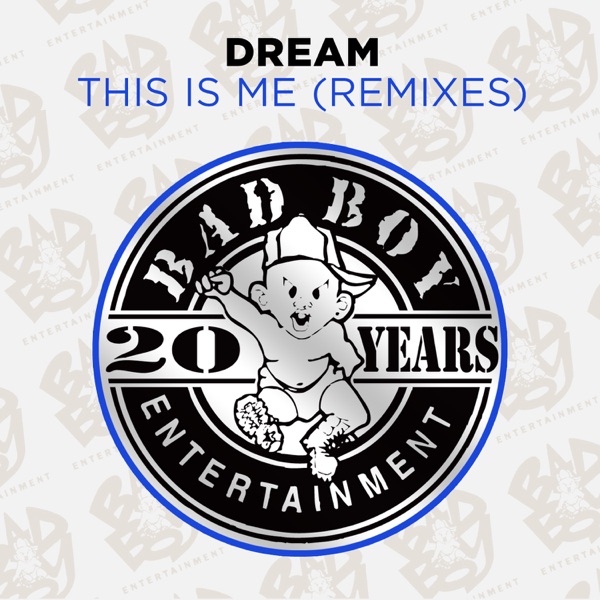 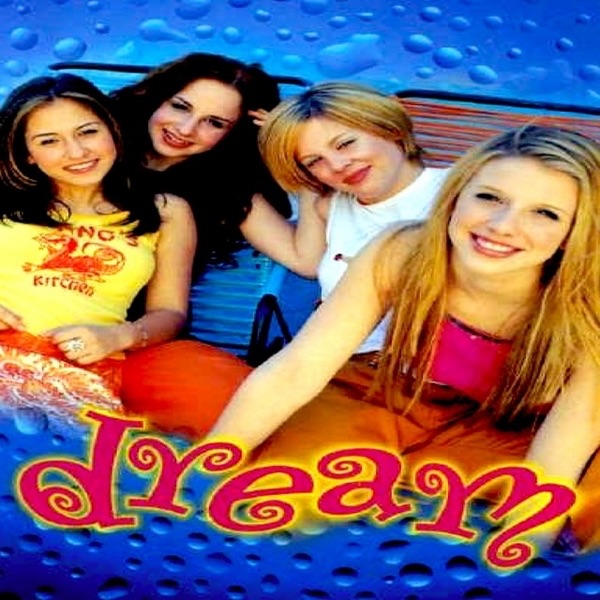 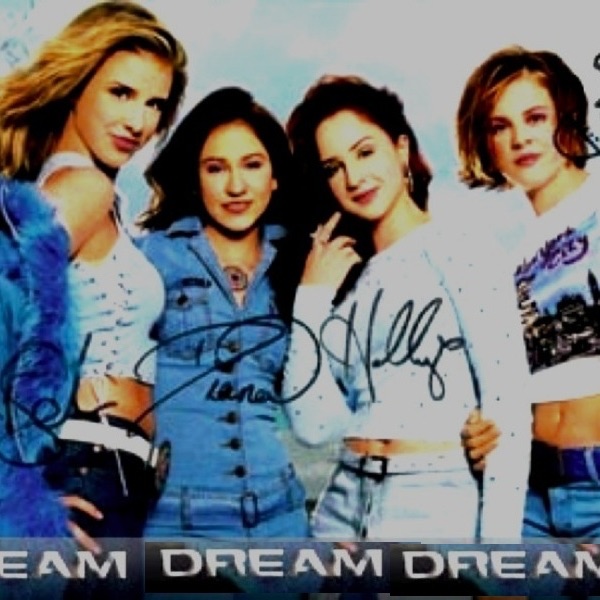